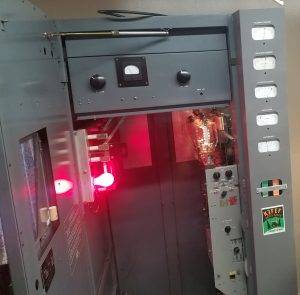 This past weekend, I was on a mission.  You see, the ARRL has a Gates BC-1T also and I knew they were trying to get theirs on the air.  Of course they had two RF wizards working on theirs.  In my case, it’s just me and elmer, George – W2DM.  So out came the parts, schematics, tools, and we dug in deep. The first problem was the oscillator itself – the “heart” of the transmitter.  After a lot of diagnostics, we found that almost every resistor was way below it’s rating.  So I had to order parts.  And now I’m waiting.  BUT we know once the oscillator and 1st IPA are rebuilt (pretty much the only part I didn’t rebuild), it should be much closer to getting on the air.  Meanwhile, I lost the race.  The ARRL transmitter is working.  It’s ok though – mine will ultimately be better. 🙂